The Canadian pharmaceutical company Duchesnay Inc. sets for international expansion following the US approval of its morning sickness medication Diclegis by the FDA

BLAINVILLE (Quebec) – APRIL 9, 2013 – Following the US approval of its morning sickness medication Diclegis by the US Food and Drug Administration (FDA), the Canadian pharmaceutical company Duchesnay Inc. is proud to announce that this approval sets the obstetric medicine specialty company for international expansion.

Diclegis has been available in Canada under the trade name Diclectin® for more than 30 years as the only prescription drug specifically indicated and approved for the management of nausea and vomiting of pregnancy (NVP) also known as morning sickness. Diclegis® will be commercialized in the US by Duchesnay USA based in Rosemont, Pennsylvania. The FDA granted Pregnancy Category “A” status to Diclegis, which means the results of controlled studies have not shown an increased risk to an unborn baby during pregnancy.

“The US approval of the patented drug Diclegis, (Diclectin in Canada) by the FDA represents an important milestone for Duchesnay as we plan for strategic expansion through international partnerships. We will leverage our long-standing and prominent expertise as an obstetric medicine company to reach key markets in Europe, Asia-Pacific and Latin America, where millions of pregnant women could beneficiate from our health products,” stated Éric Gervais, Executive Vice-President of Duchesnay Inc.

Diclectin delayed-release combination of doxylamine succinate and pyridoxine hydrochloride is the only prescription antinauseant and antiemetic drug labeled and approved in Canada for use in pregnancy. Its long and outstanding track record of safety and efficacy has made Diclectin the drug of choice in Canada in the clinical guidelines of the Motherisk Program at the Hospital for Sick Children in Toronto and the Society of Obstetricians and Gynaecologists of Canada (SOGC). Diclectin has been used by over two million pregnant women in Canada.

ABOUT NAUSEA AND VOMITING OF PREGNANCY (NVP)

Nausea and vomiting of pregnancy (NVP), commonly called morning sickness, affects between 70 to 85 percent of pregnant women with symptoms ranging from nausea to severe vomiting and retching that can last throughout the day. Some pregnant women may experience symptoms throughout their pregnancy. If left untreated, symptoms can sometimes progress to a potentially more serious condition called hyperemesis gravidarum (HG), which may require hospitalization. NVP can have a dramatic impact on the emotional and physical well-being of the expectant woman and her family. NVP has also been shown to impose an economic burden on healthcare s

Duchesnay Inc. is a privately held Canadian pharmaceutical company dedicated to improve the health and quality of life of pregnant women and to the advancement of maternal-fetal medicine and scientific research to reduce the risk of birth defects. Duchesnay develops safe and effective pharmacological solutions for use during pregnancy and breastfeeding. For more information, visit www.duchesnay.com. 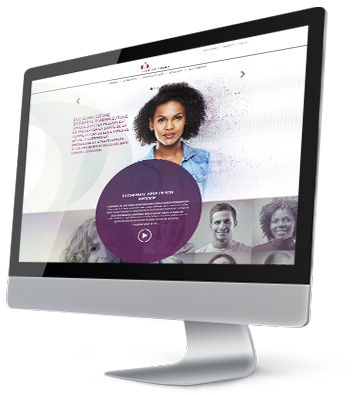